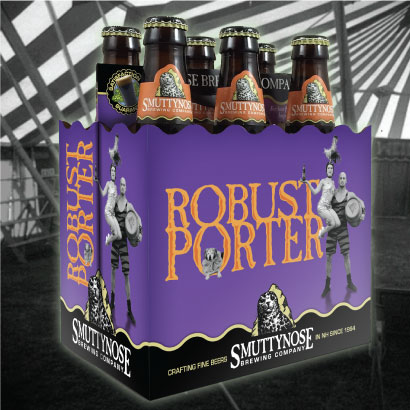 Our most award-winning beer, Robust Porter honors the dark, full-bodied ales that were a favorite of dockworkers and warehousemen (hence the name “Porter”) in 19th century London, where the style originated.

It’s a good bet that when Dickens’ Mr. Pickwick sat down for a pint, his beer would have been very similar to our Robust Porter. This smooth, deceptively drinkable beer features an assertive hop profile which accentuates signature flavors of coffee and dark chocolate.

We use cookies to ensure that we give you the best experience on our website. If you continue to use this site we will assume that you are happy with it.AcceptPrivacy policy